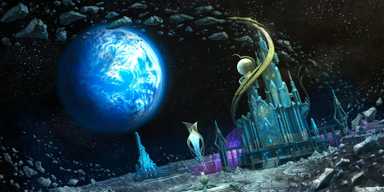 With our newest implemented feature, you can at a glance analyze what went wrong in a pull and who had trouble dealing with a certain mechanic. The Mechanics pane displays every mechanic of an encounter and what happened to your raiders during each of them!

Looking through a given pull you can see the mechanics through a timeline. This follows the fight's timeline exactly and lets you study how you're doing on a per mechanic basis.

This is especially useful to look at what mitigations were used and to organize your team's cooldown usage. Mitigations that were too late will not be displayed here. Never wonder if your Addle or Feint were too late again!

Any healing spells used are also displayed to the side of the mitigations. Quickly see how a successful clear uses their tools to defeat a boss and plan your own matching your raid team's composition!

As you can see for the combination of Sonic Howl → Ruby Glow, all the tools used to mitigate and heal are shown on the side column. The numbers under the icons also indicate the amount of players affected by each different ability.

This is a score based on your performance in a given encounter's pull. It is not a ranking in any way but we want you to be able to quickly identify who is having issues and what mechanics they're struggling with.

As you can see for the combination of Topaz Stones → Double Rush, there are checkmarks and a single X. Any player that successfully completed the mechanic will get a checkmark, any mistakes or avoidable hits will be marked with an X.

Mousing over the player's death will show you what they died to and a quick overview of what the mechanic itself entails:

This is not an entirely Fail/Success system, there are also nuances to the icons: A small X means that it was a minor issue with the mechanic or the player took avoidable damage. A grey X means that while the mechanic wasn't done successfully, it was cascaded by a prior issue which exempts the player from being blamed. This also makes sure as much as possible to provide good feedback in cases where a player could be in the wrong spot causing the death of another player.

In this case, we have a small X which implies the player did not stand with the light party to share a mechanic. Looking deeper into it, they weren't fully at fault since they were dead prior to the mechanic due to not being topped off. The small X here basically can be translated to "the mechanic got failed because this player was needed but was dead at the time" and it does not penalize the player. By looking at the prior mechanic, you can see that the healers didn't heal them enough:

There are also grey checkmarks, what they mean is while the player was dead, the mechanic was completed successfully and they were not needed for it.

While this is currently a WIP, we wanted to show everyone how to use this tool and how powerful it can be in analyzing your raid's success and to speed up how fast you can progress through a fight by identifying issues right away. P7 and P8 are also being worked on and we also hope we can add this feature to Ultimates in the near future!

A lot of work has been done to support all the mechanics and by doing this we hope that for the next savage tier the per fight analysis can be done much quicker, which would benefit a larger amount of the raiding population!

As always, we love to hear your feedback. Please join us on Discord to share any feedback and suggestions, or to ask any questions.

If you have any support questions, please reach out to our support team at support@fflogs.com.